Guild records shed light on the inner-workings of various trades in the early modern period. Typically comprised of artisans and/or merchants, guilds were city-based organizations that revolved around a particular industry or profession. These associations determined the members’ codes of conduct, requirements for matriculation, trade practices, official policies for commercial activity, and the penalties and punishments for not adhering to guild stipulations. Guilds specializing in the manufacture and finishing of silk and wool were large, and often powerful, organizations that managed merchants and thousands of skilled and un-skilled labourers working in textile production.

The records of wool guilds are of special interest, as they allow us to better comprehend the various roles associated with the manufacture of wool, including merchants, dyers, beaters, carders, combers, weavers, stretchers, fullers, and menders. Aside from the well-to-do merchants, most labourers associated with the wool guild derived from the lower classes and did not possess full guild membership or the benefits associated with it. Thus, these records also provide more detail on the daily experience of low-level workers, a demographic often absent from most archival sources.

These records also demonstrate the day-to-day business of guilds. Financial matters for various levels of members, including situations related to debts, credits, loans, and taxes are discussed, in addition to the guild’s own properties and patronage. Controlling methods of production among merchants and craftsmen was pivotal, thus, many documents discuss the most recent policies for manufacturing and marking cloth, including authorized dyestuff materials and techniques for working with different types of fabrics. The guild also had legal jurisdiction over its members and worked closely with the state to determine fines and sentences for practitioners who committed fraudulent acts. Taxation of both domestic and foreign cloth was another area highly regulated by these organizations, typically in conjunction with customs’ offices.

By examining guild records, a clearer picture of textile production and the labour force behind it starts to emerge, greatly enhancing our understanding of how these goods were fashioned, controlled, and circulated throughout early modern Europe. 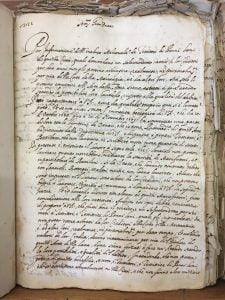 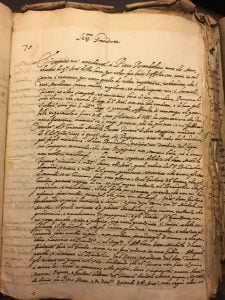 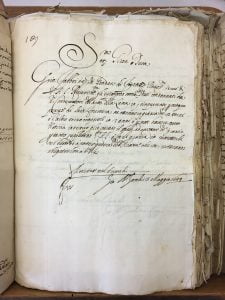 Image 1: Weavers ask for safe conduct from their creditors (1649).

Image 2: A fabric marker by the name of Piero Brandolini rejects the cloth sent him by the dyer Michele Panetti (1646)
Arte della Lana, Vol. 452, Folio 70.