This five year, ERC-funded study of Renaissance dress explores how fashion emerged and developed among new social groups in Europe in 1550-1650, and transformed the ‘look’ and experience of fashion -visually and materially- at popular levels of society.

We will combine empirical research with scientific textile analysis and historical and digital reconstruction, in order to understand the development and meanings of popular dress and fashion both through the written and visual record, as well as through the information that is contained in the historical materials, objects and technological processes themselves. The aim of our project is, on the one hand, to produce new knowledge of the dissemination and development of early modern European fashion, and, on the other, to evaluate how experimental ‘hands-on’ methods, such as historical reconstruction, digital modelling and scientific testing, can be used as a methodology in cultural studies of dress, especially to understand the complex material and cultural meanings and processes that are associated with historical dress.

Our evidence consists of an extensive body of archival documents, visual images, written manuals and existing textile objects from sixteenth and seventeenth century Italy and Scandinavia, and we will experiment with a range of techniques, such as the reconstruction and visualization of historical fashions and production processes based on sixteenth century recipe and pattern books, scientific work on textiles such as fibre- and dye-analysis, as well as digital modelling, weaving, digital conservation and 3D printing.

Within the project, individual researchers focus on multiple themes relating to our topic, including fashion dissemination and cultural contexts, economic conditions and markets for new fashion manufactures, fashion knowledge and printed information of dress and textiles, cultural exchange and transmission of fashions across geographical borders, and the physics and chemistry of textiles and garments and object-based analysis. 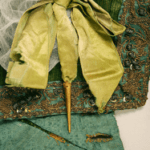 Paula Hohti: Popular Fashions and the Meaning of ‘Material’ in Early Modern Dress

This research draws on visual, documentary and material evidence that recorded ordinary people’s garments and accessories in 1550-1650, in order to investigate questions relating to the transformation of fashion at popular levels that will shed light on popular taste, on dissemination, transformation and adaption of fashion, on imitation and meaning, and on changing cultural attitudes to dress among popular groups in Italy in the Renaissance period.

Archival documents and extant garments are invaluable for this project, as they will help us to uncover the different fabrics, styles and colours that featured in the clothing and accessories people owned and wore between 1550 and 1650. Also critical for our research is developing an understanding of how knowledge about fashion and dress was shared and spread between people, groups and regions. 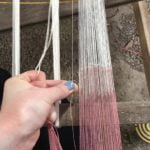 By analysing surviving textiles through dye- and fibre analysis, working with craftspeople to reconstruct objects, and creating digital reconstructions, we can make objects that no longer survive visible and material, and expand the range of historical sources available to historians of early modern clothing. 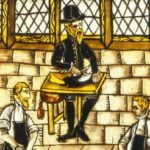 This PhD-project explores the diffusion of fashion across artisan orders in urban Denmark 1550-1650. This group consisting of skilled artisans, such as tailors, shoemakers, carpenters, smiths, dominated the urban centres in Denmark. Yet, we lack detailed information about what kind of lifestyles they led, how they used fashionable dress, and how they understood fashion. 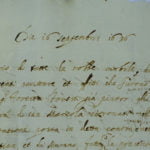 The existence of different cultural and behavioral models has been closely linked to the stratification of society, particularly in the pre-industrial era. This stratification had a strong influence on habits of consumption, and meant that the middle classes developed their own consumer patterns, instead of imitating the upper classes. This evolution, therefore, can be seen as an integration between different models of consumption. This project studies artisan consumption from the economic point of view by using inventories, household and workshop accounts, and auction records.