This reconstruction investigated early modern techniques of lacemaking. The technique of lacemaking came into its own in the sixteenth century, and lace became one of the most fashionable decorations for clothing. This experiment involved the reconstruction of four different pieces of bobbin lace that were sewn to decorate the edges of a fine linen kerchief. Rather than a copy of an object from the past, it shows how lace patterns of increasing complexity and cost had distinctive visual effects. 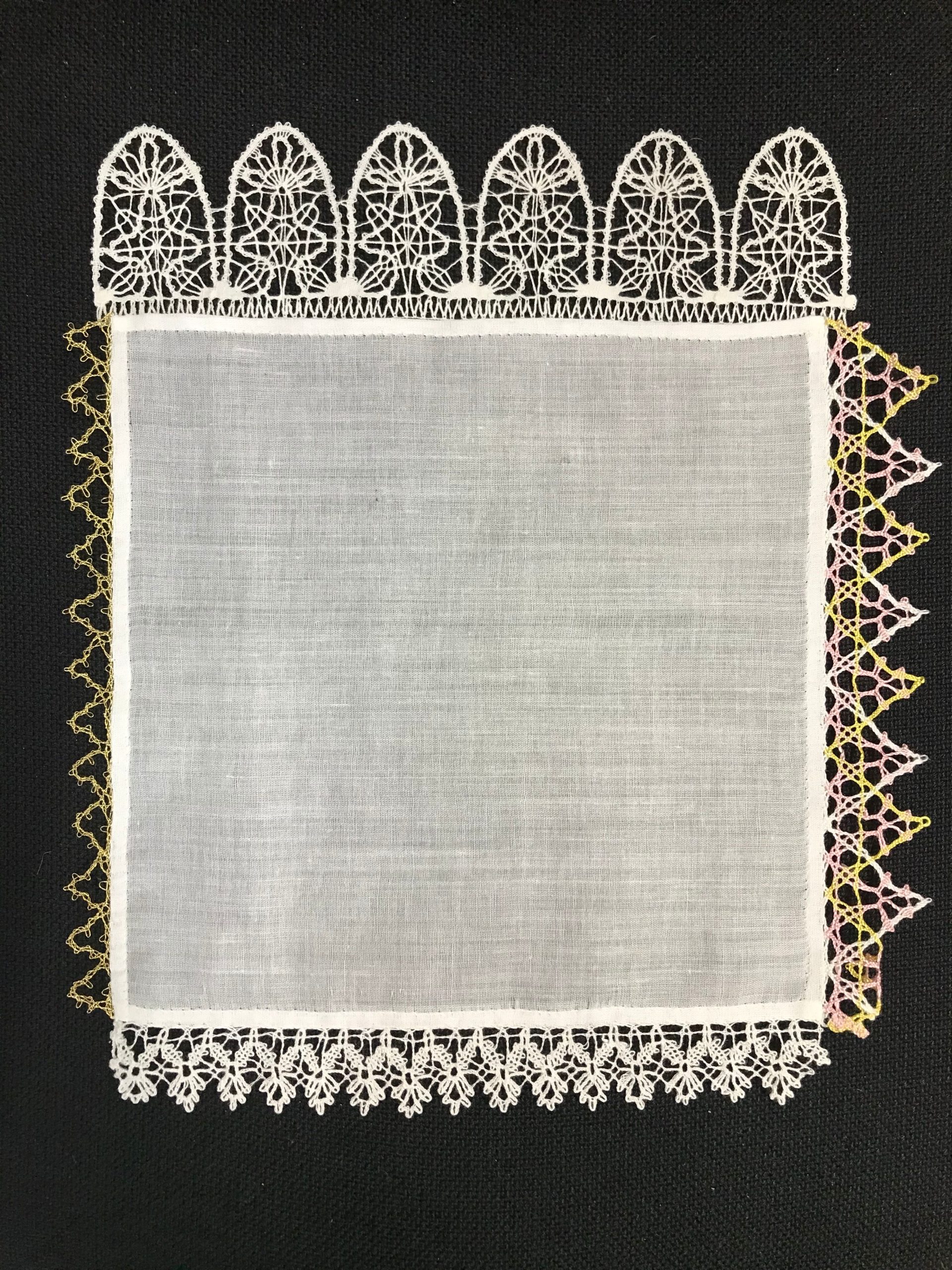 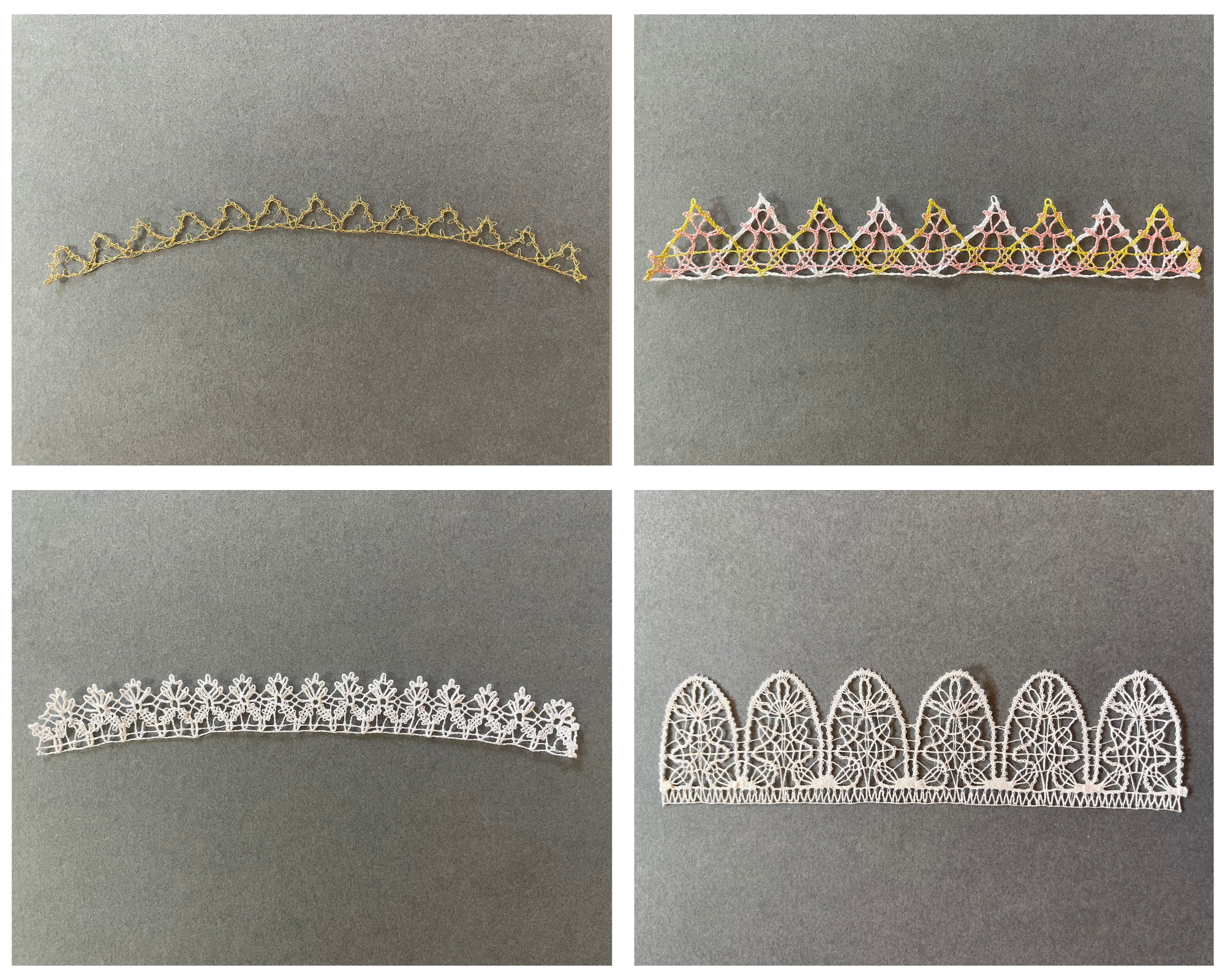