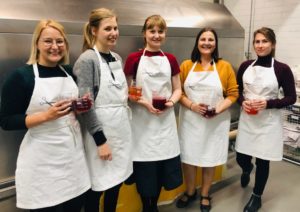 Our core team consists of a Principal Investigator, two Postdoctoral Researchers and Research Fellows, PhD Student, and a Project Coordinator. In addition, we collaborate with other researchers, and are supported by an Advisory Board.

Paula is Associate Professor and a fashion and material culture historian at Aalto University, School of Arts, Design and Architecture. Her research focuses on the Italian Renaissance, with a special focus on the role and function of dress at the lower artisanal levels. Paula has received her PhD from the University of Sussex, UK, and she has been a co-Principal Investigator in two major international research projects, The Material Renaissance, Costs and Consumption 1450–1600 and Fashioning the Early Modern, Creativity and Innovation in Europe 1600–1650, led by professor Evelyn Welch. In 2016, she received the two million-euro award from the European Research Council (ERC consolidator grant), to study historical and digital reconstruction as a methodology for dress historians.

Sophie is a cultural historian of the early modern period, with a particular interest in clothing, textiles, and material culture. She holds a PhD in History from the University of Cambridge and was a postdoctoral scholar on the Making and Knowing project at Columbia University. She has published on sumptuary law and issues of luxury and identity in the seventeenth century, and is interested in tailoring during and after the English Civil War and colour and dyes in the early modern world. For the Refashioning Project, Sophie co-ordinates the reconstruction experiments and is investigating surviving garments across European collections.

Michele was a Postdoctoral Researcher in the project from January 2018 to July 2020. She holds a PhD in Art History from the University of Sussex, where she was also a teaching fellow in 2017. Her past research explored domestic life and material culture in early modern Bologna, especially in relation to children and young people. As a post-doctoral researcher for this project she examined how ideas about fashion spread through print as well as the production of clothing, accessories and cosmetics at home.

Stefania was a Research Fellow in the project from October 2017 to July 2019. She holds a PhD in Economic History from the University of Verona, and had previously been a Research Fellow at the University of Bologna for 3 years. Her research interests focus on international trade between Europe and the Mediterranean area in the Renaissance. Due to her extensive experience with archival work, she was responsible for the collection of data from the Italian sources for the project.

Anne-Kristine Sindvald Larsen is a historian who earned her degree at the University of Copenhagen in 2016. She has several years of experience working in Danish archives and museums, and in her previous research the focus has been the consumption of objects and textiles in the lower classes in early modern Copenhagen. As a Doctoral candidate in the project she will continue this research. 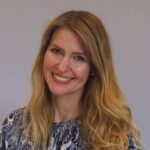 Victoria is a Research Fellow, who specialises in the cultural history of early modern Italy. She holds a PhD in Early Modern European History from the University of Cambridge, where her doctoral research examined the cultural role of arms and armour in Renaissance Florence. Her current research interests focus on protective dress, weaponry, violence, and contemporary notions of gender. Victoria previously served as a Kress Fellow at the Medici Archive Project in Florence. For the Refashioning project, Victoria primarily works with archival material sourced from Italian state archives. 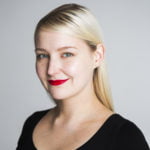 As a Project Coordinator, Piia is responsible for overseeing the practical side of the project progression, from coordinating meetings and workshops to editorial work. She is also responsible for outreach and social media. Piia holds a MA in Finnish and Nordic History from the University of Helsinki, and her own research focused on medieval and early modern clothing terminology and class.

We are grateful for being able to co-operate with many scholars, expert makers and institutions