Spain is of course well-known for its production of wine and that from Málaga gained the status of ‘the cardinal of wines’ (second only to ‘the pope of wines’ from Cyprus) in a poetic ‘battle of the wines’ in 1224. While I was in Málaga for Digital Art History Summer School, I had the chance to visit the local wine museum to think about how their collection can help support the research we are doing for the Refashioning the Renaissance project. Although wine might not seem to have much to do with fashion in the sixteenth century, there were – and are today – some surprising connections between the two!

One of the most interesting to me is the use of wine dregs, the sediment you sometimes find at the bottom of your wine glass or the bottom of a wine barrel (then called lees), which can be purified to make potassium bitartrate, or what we usually call cream of tartar. 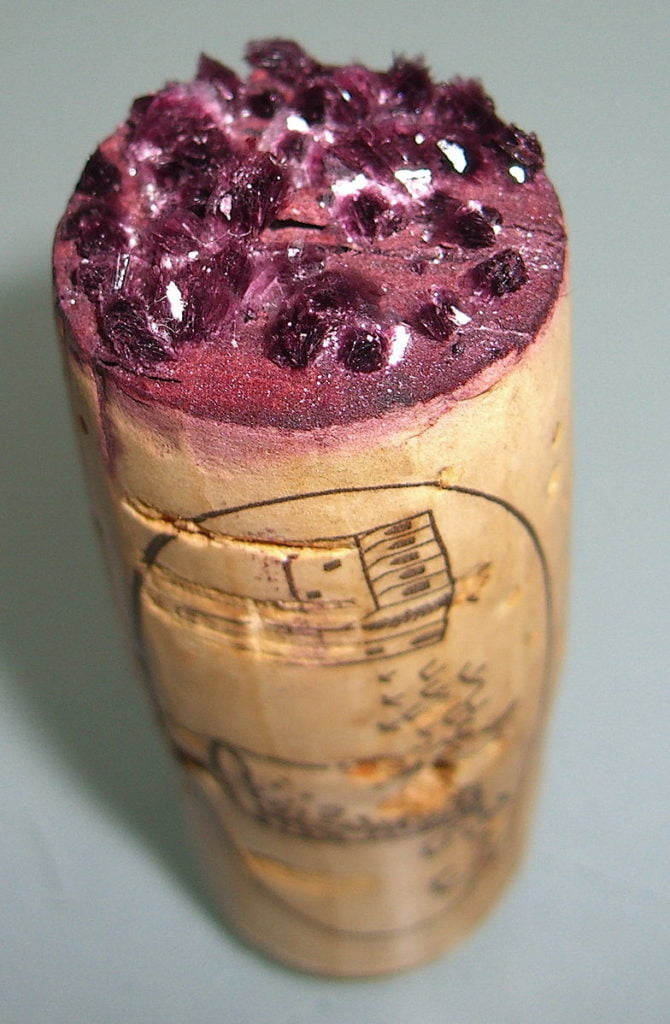 This is very often used in cooking as a thickening agent or stabiliser, but tartar – in various forms – was also an important ingredient in other kinds of recipes, found in books of secrets, during the Renaissance. For example, in Isabella Cortese’s compendium, I secreti (Venice, 1584), tartar is a component of a wide range of recipes related to textiles, including: ‘For washing old satin cloths [so that they] appear new’, ‘To lift every stain of oil and grease from woollen cloth’, and ‘[For making] little balls of soap for lifting stains’.

The museum also had information about the use of wine as medicine in the past, with many beautiful labels from bottles and crates advertising Málaga wines for different ailments. 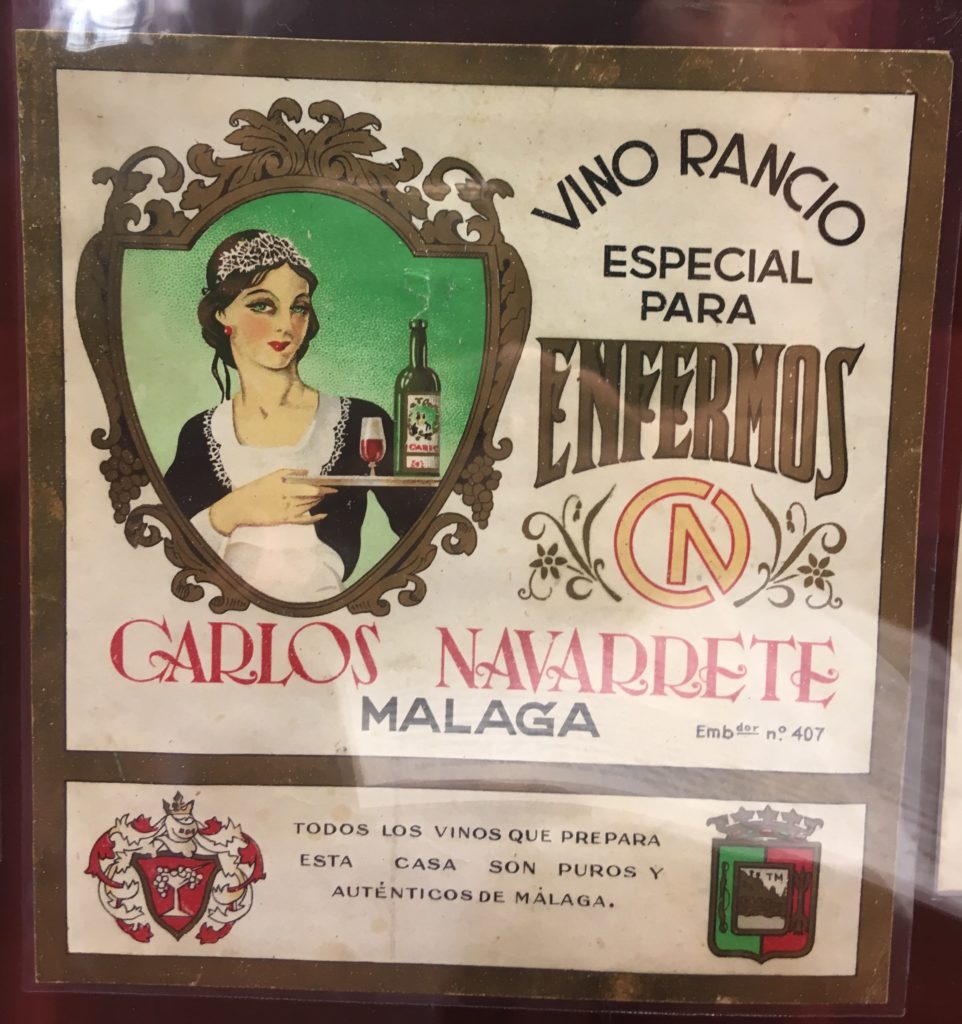 Wine was also important in medical treatments in the Renaissance, and again, books of secrets give instructions for curing and preventing diseases with the drink. The English translation of Girolamo Ruscelli’s The secrets of the reverend Maister Alexis of Piemont offers: ‘a thing proved and experimented to be very true against [kernels in a man’s throat]’ (28v), where polipodium (‘which is an hearbe like unto Ferne’) is prepared as a powder and served to the patient with wine or honey. 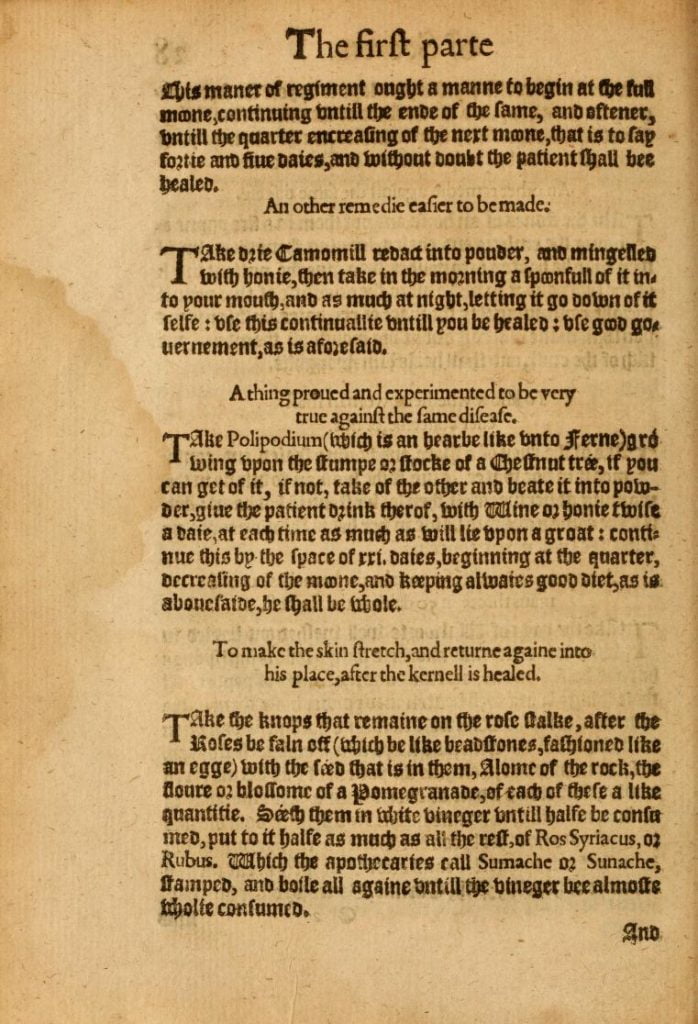 Recipe for curing problems with the throat from Girolamo Ruscelli, The secrets of the reverend Maister Alexis of Piemont translated from French by William Ward (London: P. Short for T. Wight, 1595).

Finally, although it’s not related to fashion, books of secrets also offer us many recipes for keeping wine sweet, stretching it a little further, or magically making it from water. Here is what Lorenzo Leandro suggests in his Tesoro di varii secreti (Brescia and Verona: Bortolamio Merlo, 1613):

To make from water wine: Take one part tartar from a wine barrel, and four parts brazilwood; make it into a powder and put it in a bowl to infuse. And to that add some water, that will make it wine. More water will make it clearer and if you want white wine, add a little vinegar.

It doesn’t sound very appealing but might be necessary in a pinch!