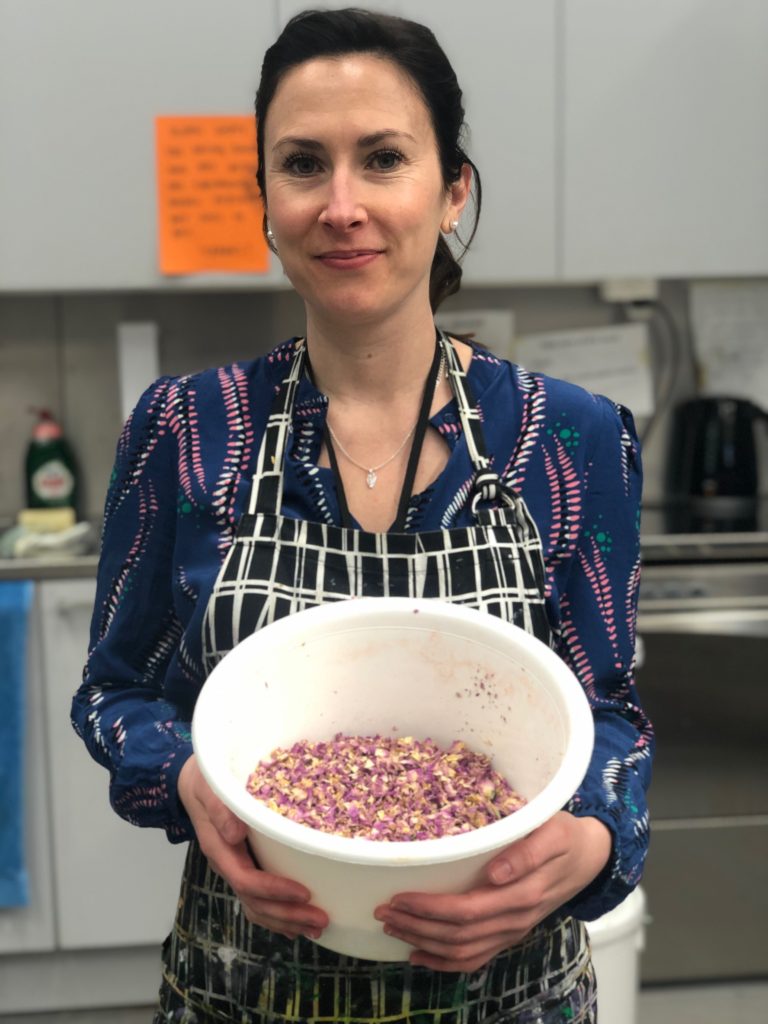 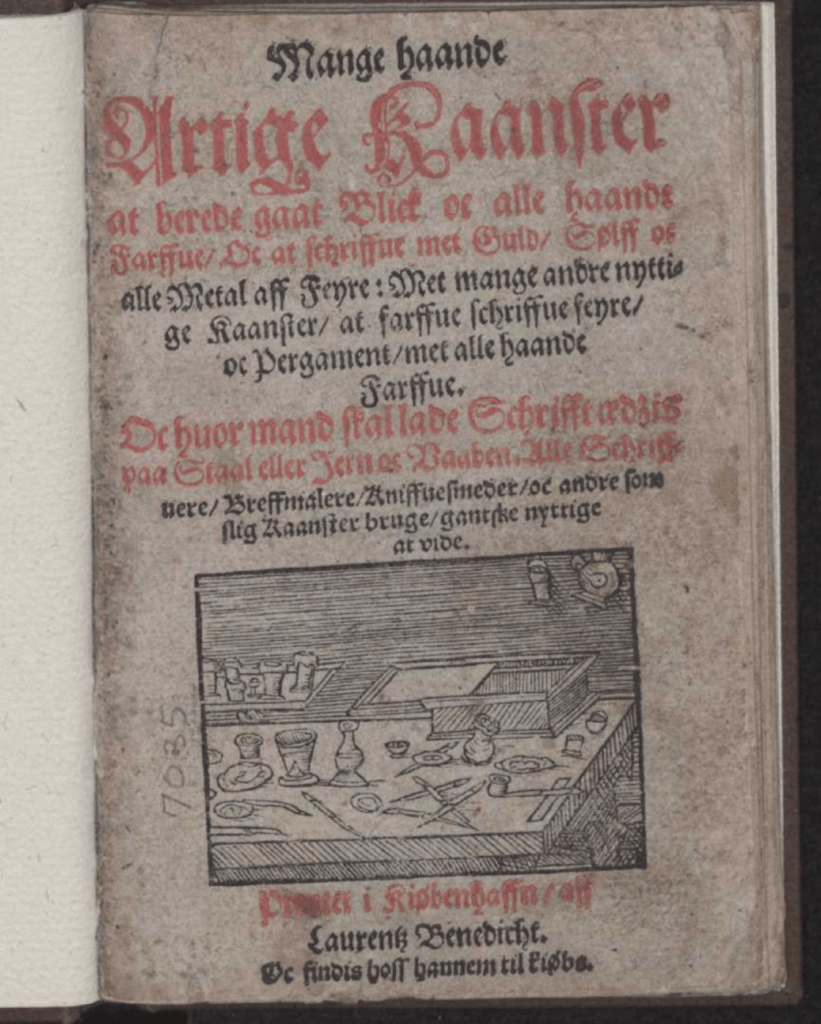 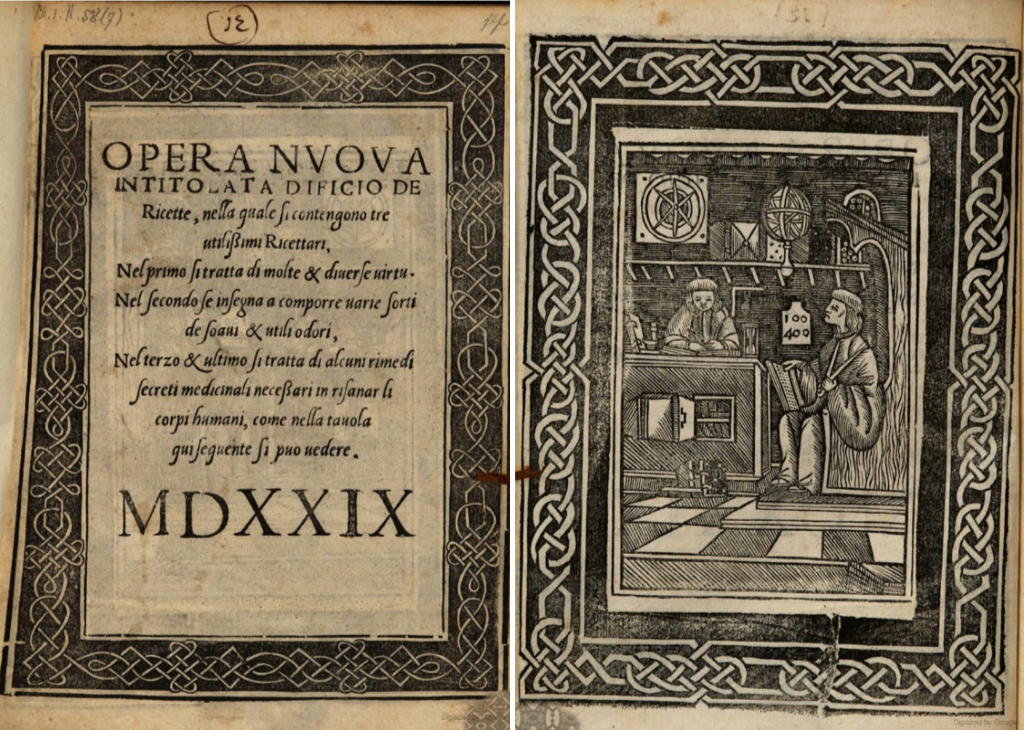 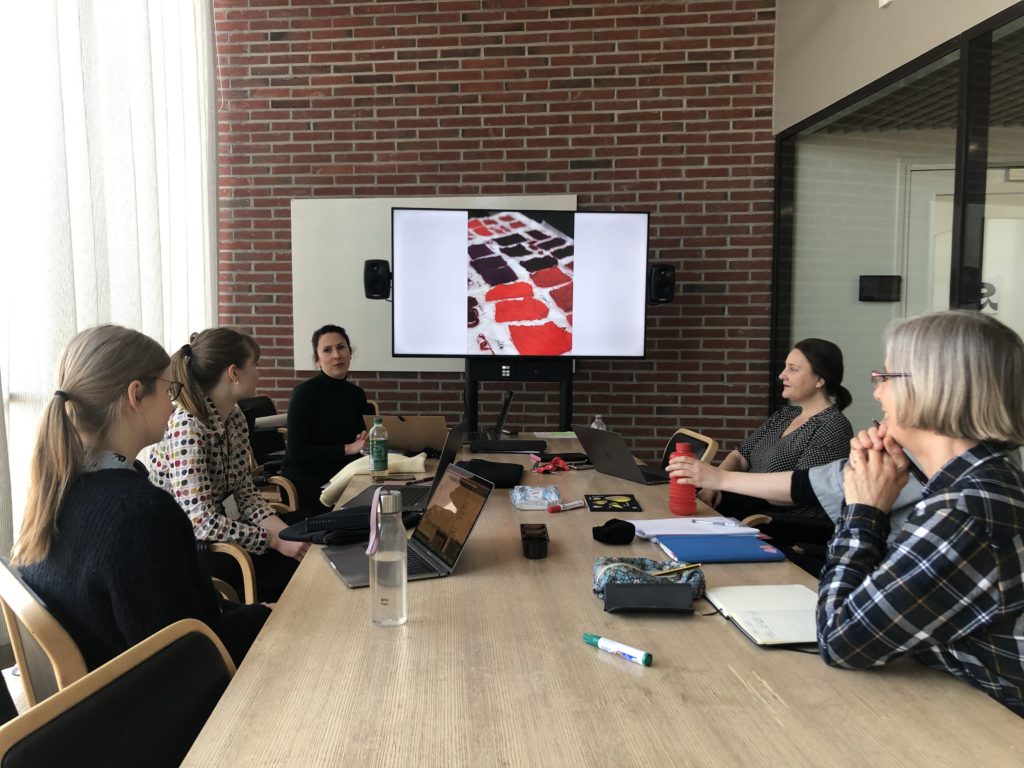 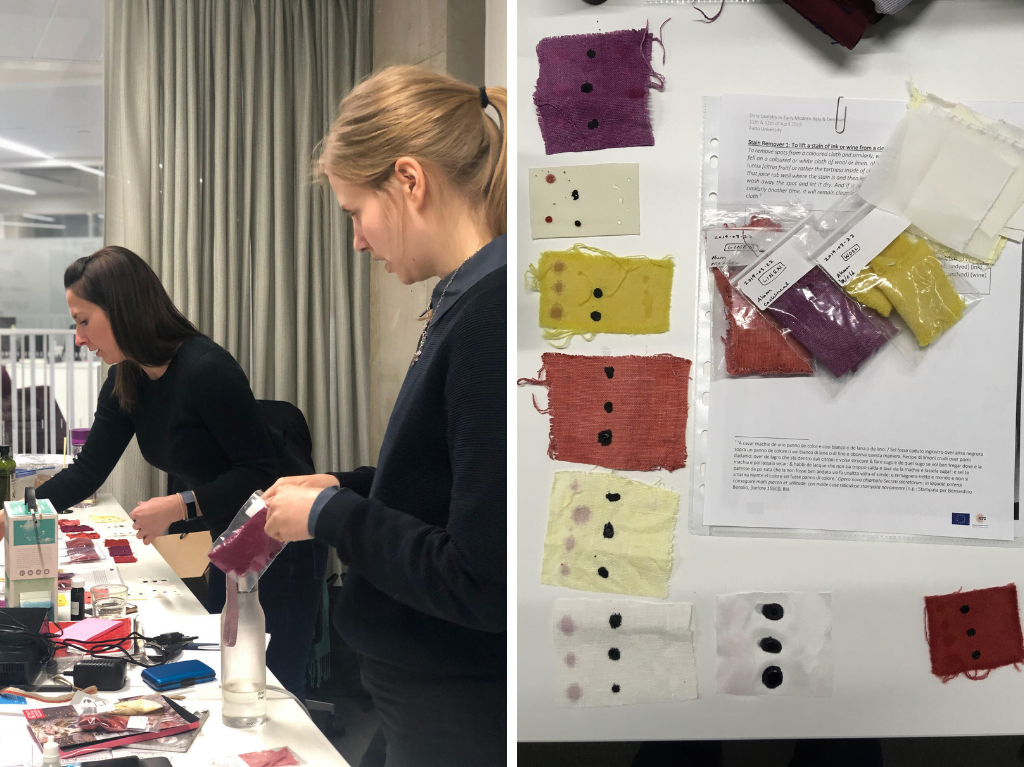 For the experiment, we split into three groups: Me and Sophie, Anne-Kristine and Tessa, and Paula and Flora. Luckily Piia was on hand to take lots of great photos and videos for us. Sophie and I prepared a very simple recipe designed to take stains out of white wool or linen using lemon juice. We found that if we had fresh stains and blotted them before applying the lemon juice, our results with white wool were pretty good. On the set stains, though, the recipe was not so successful. We also noticed that the lemon juice really discoloured our linen dyed with cochineal, turning it hot pink. 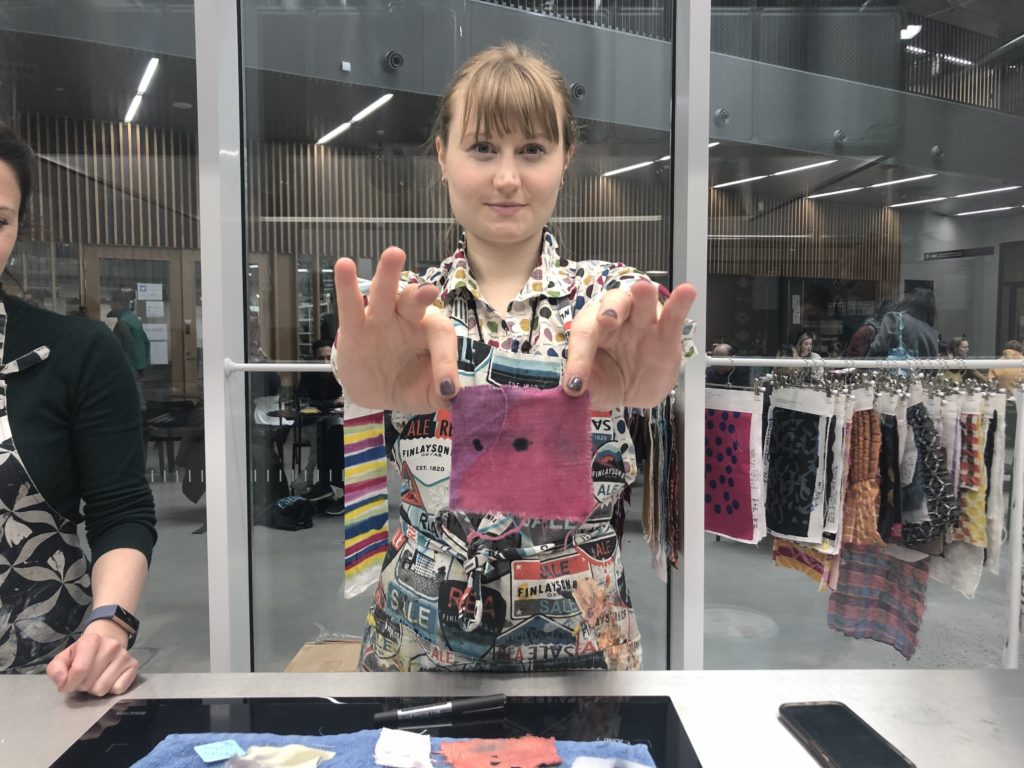 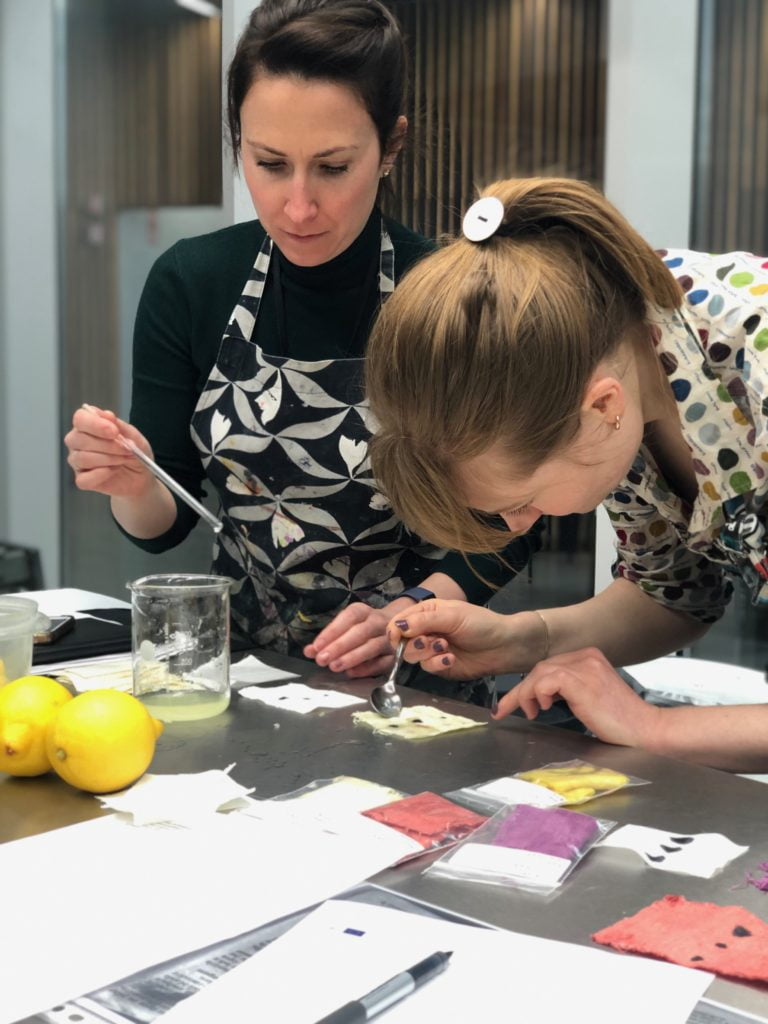 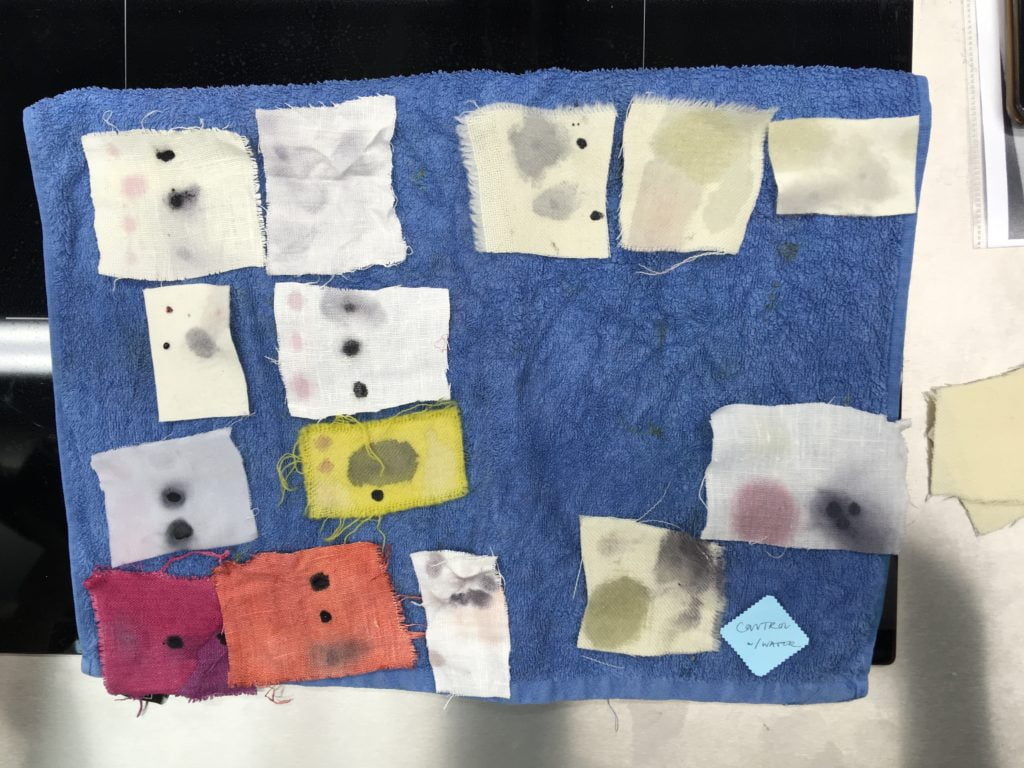 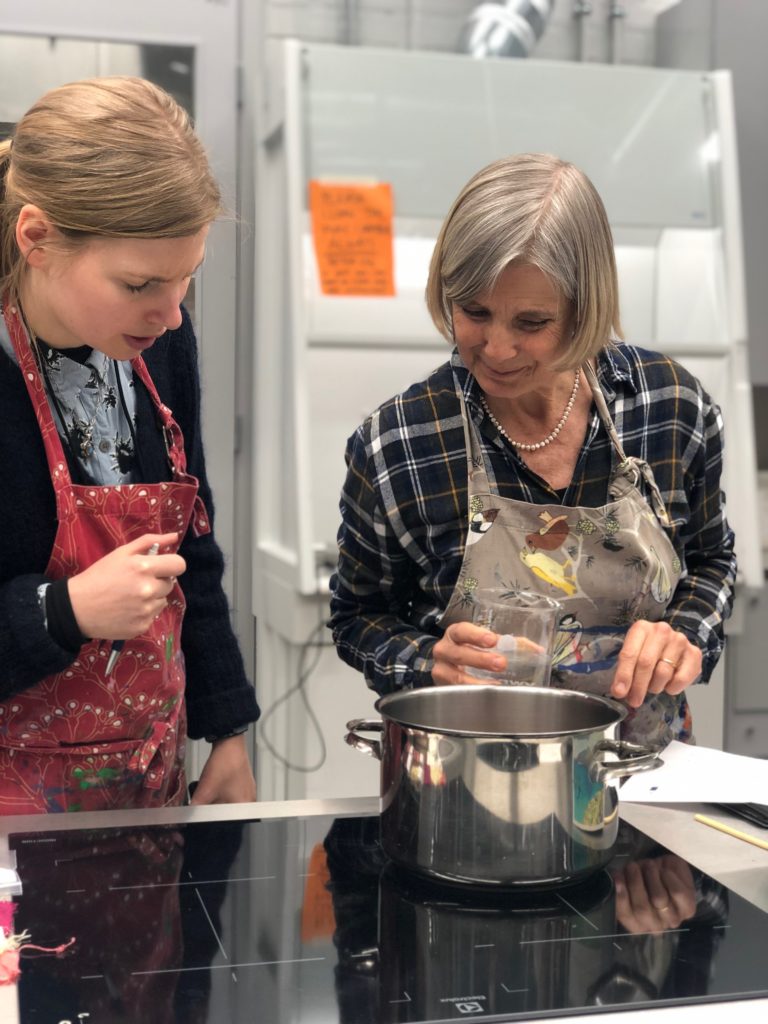 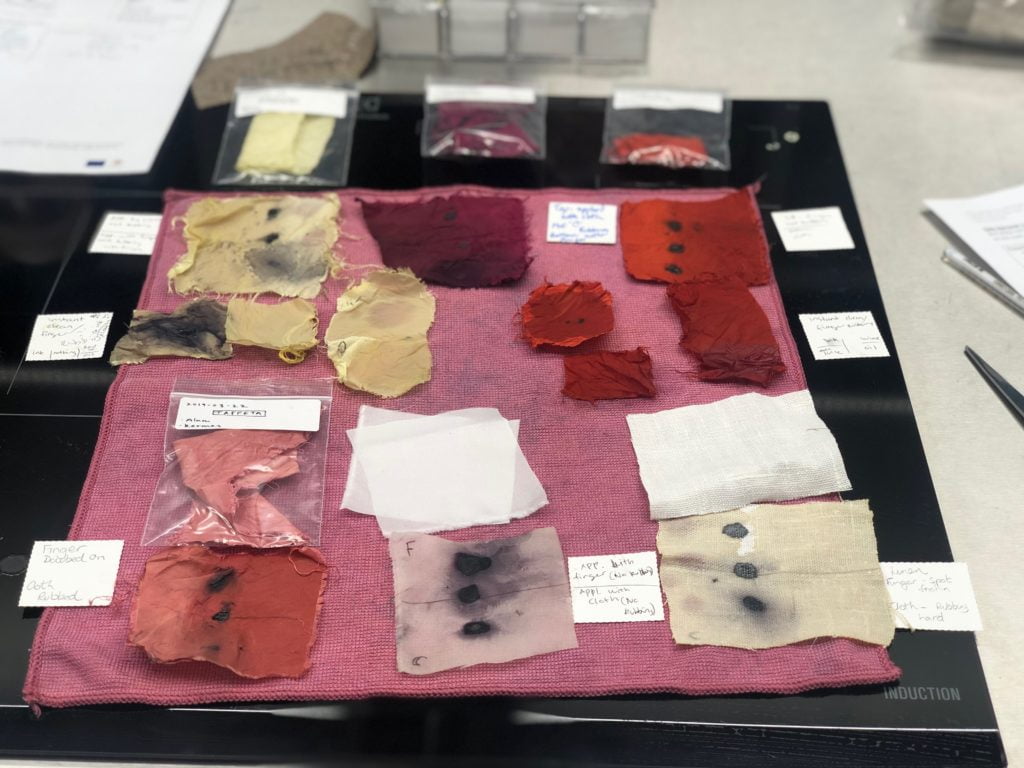 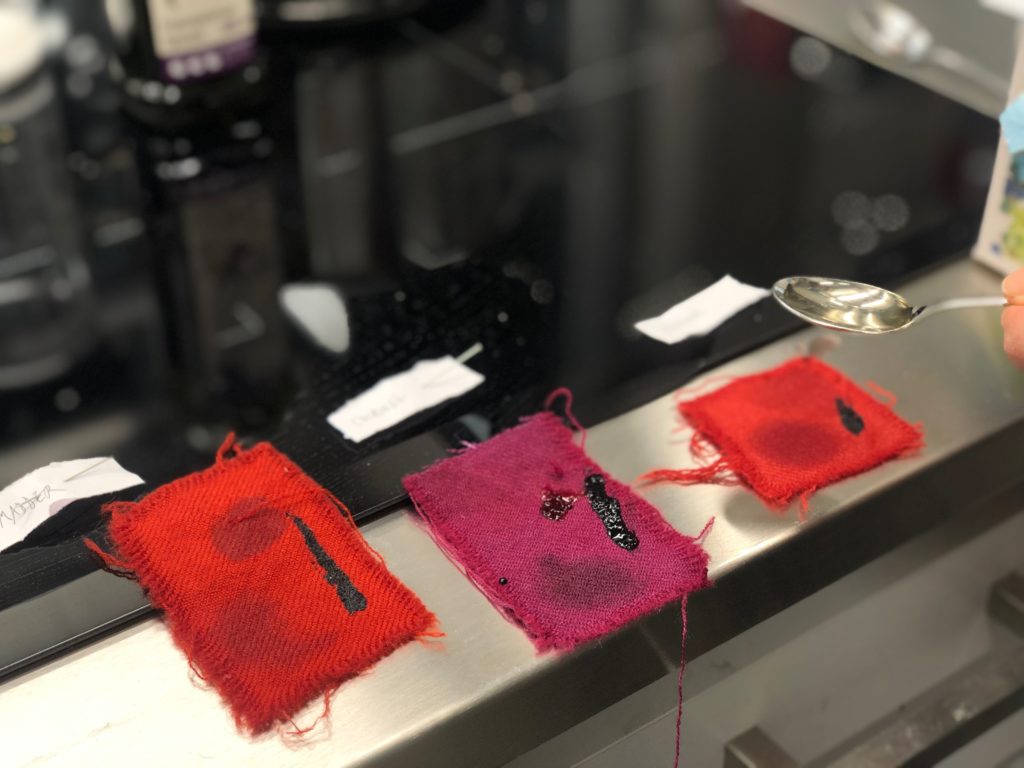 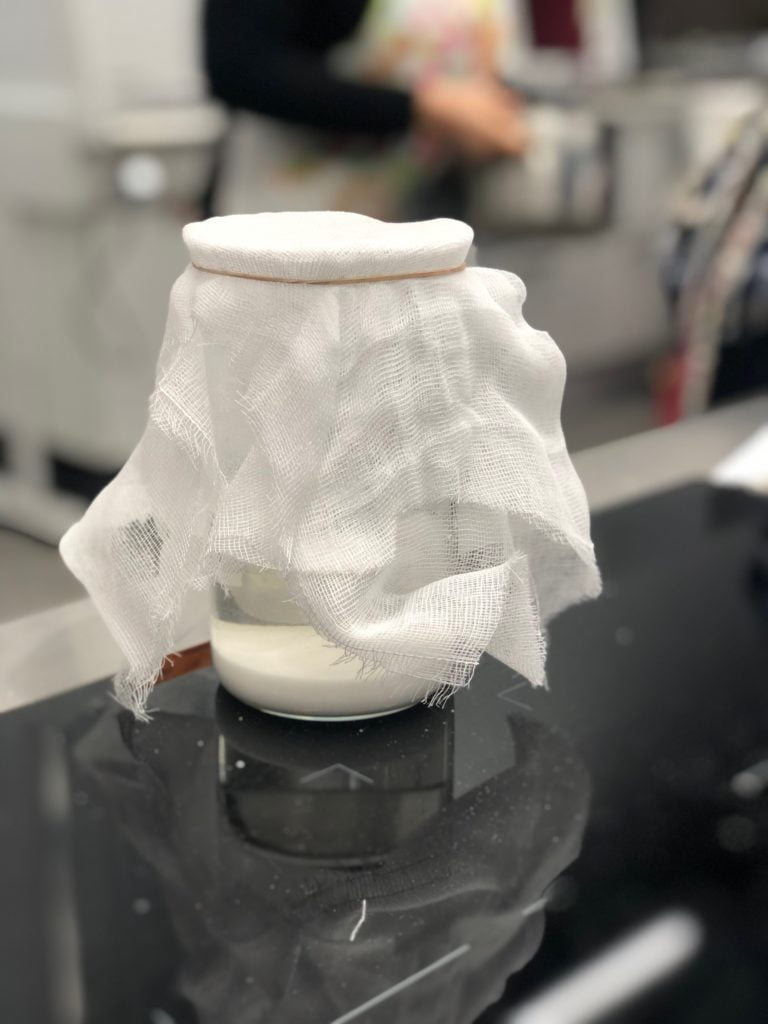 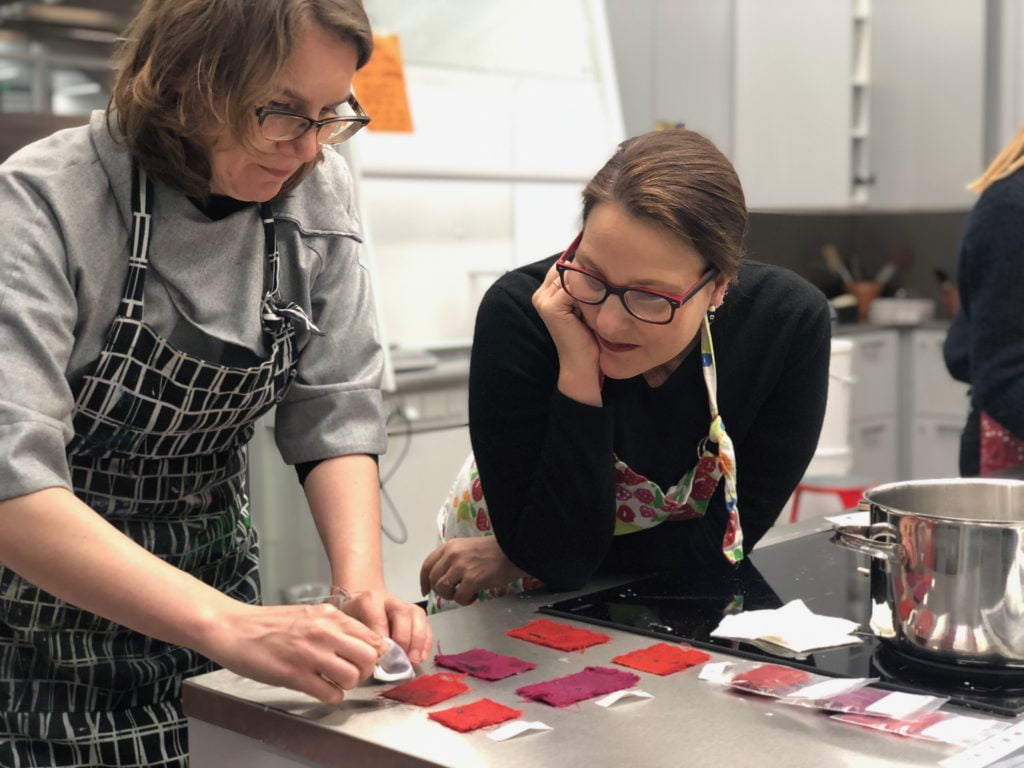 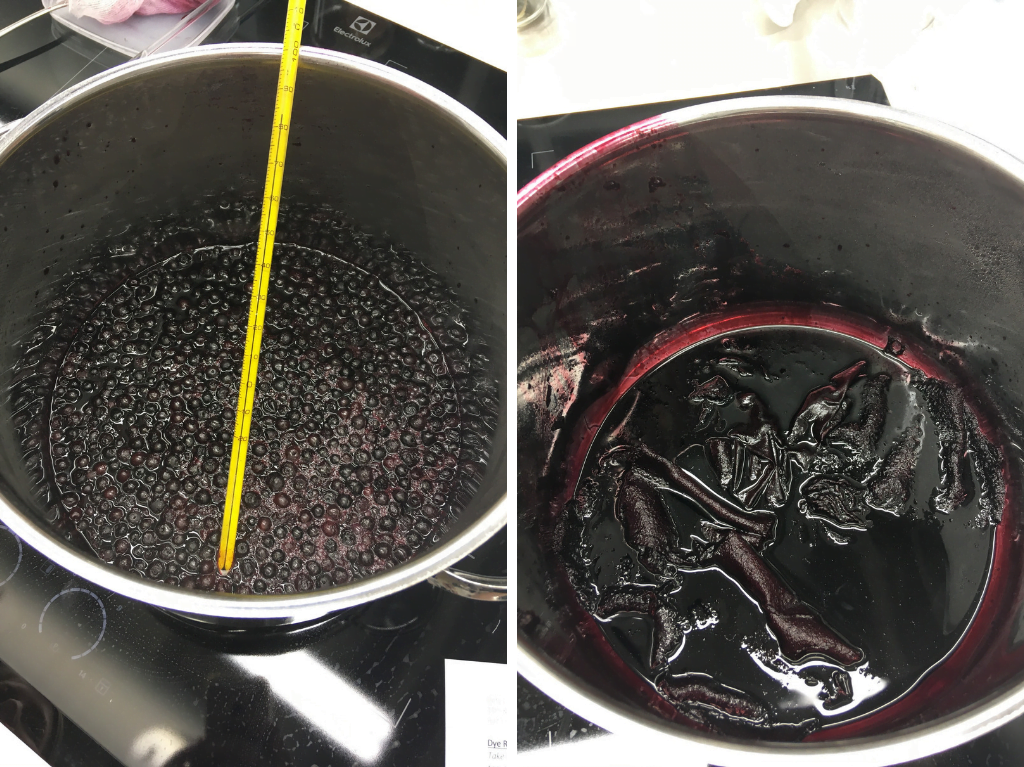 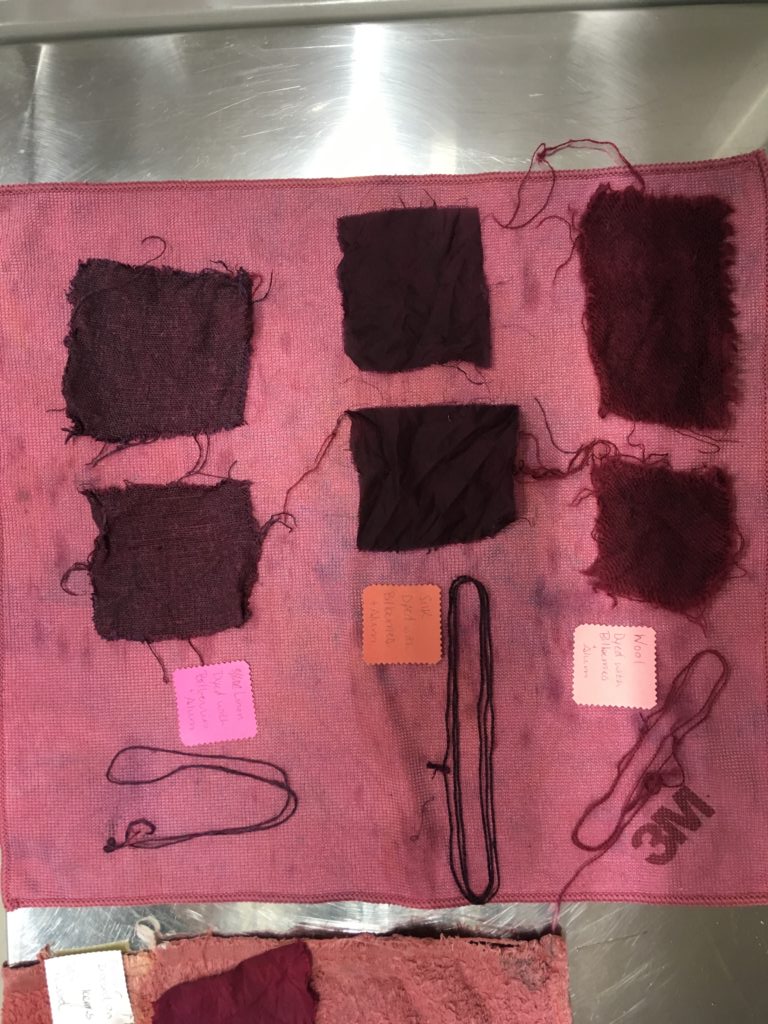 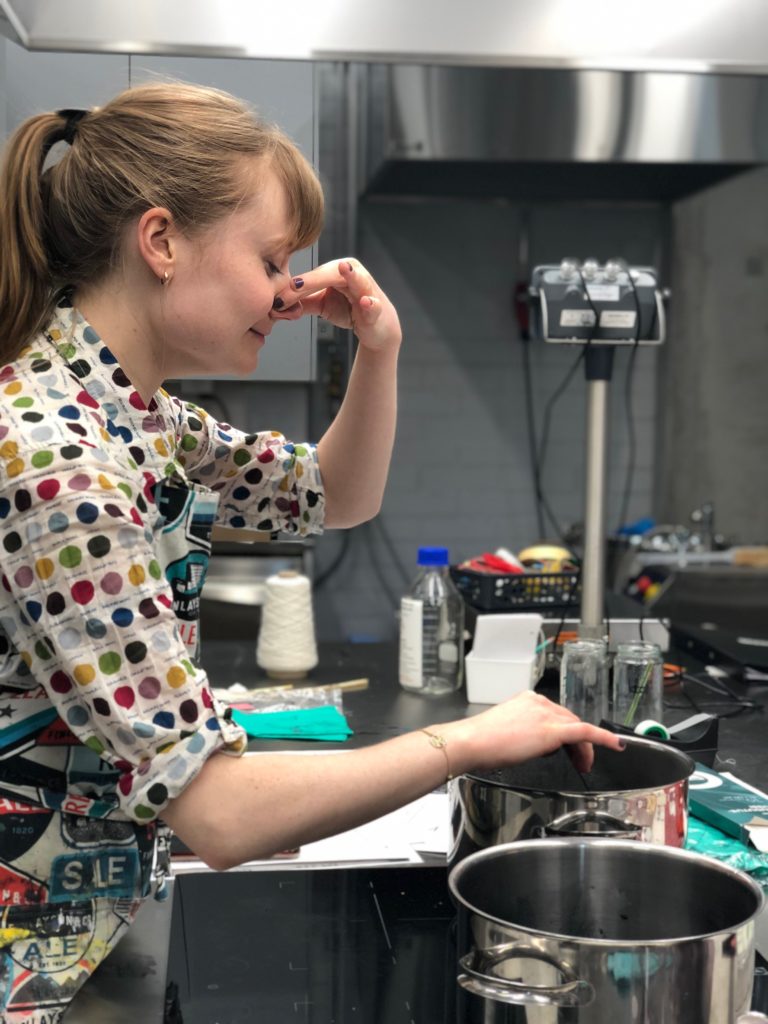 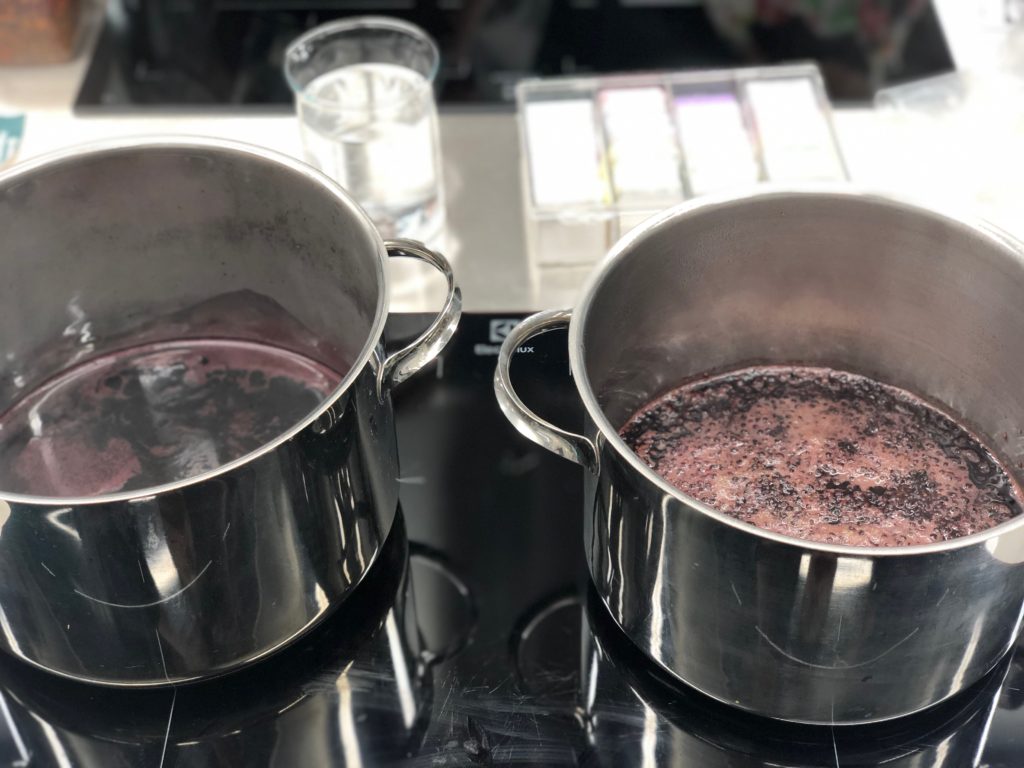 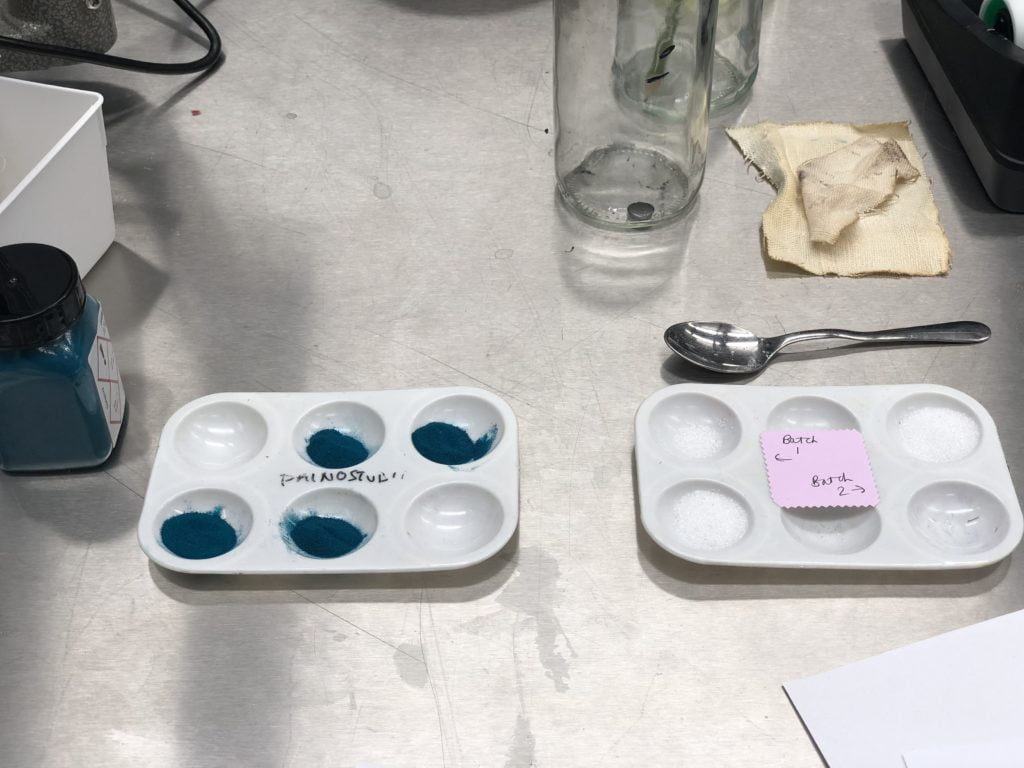 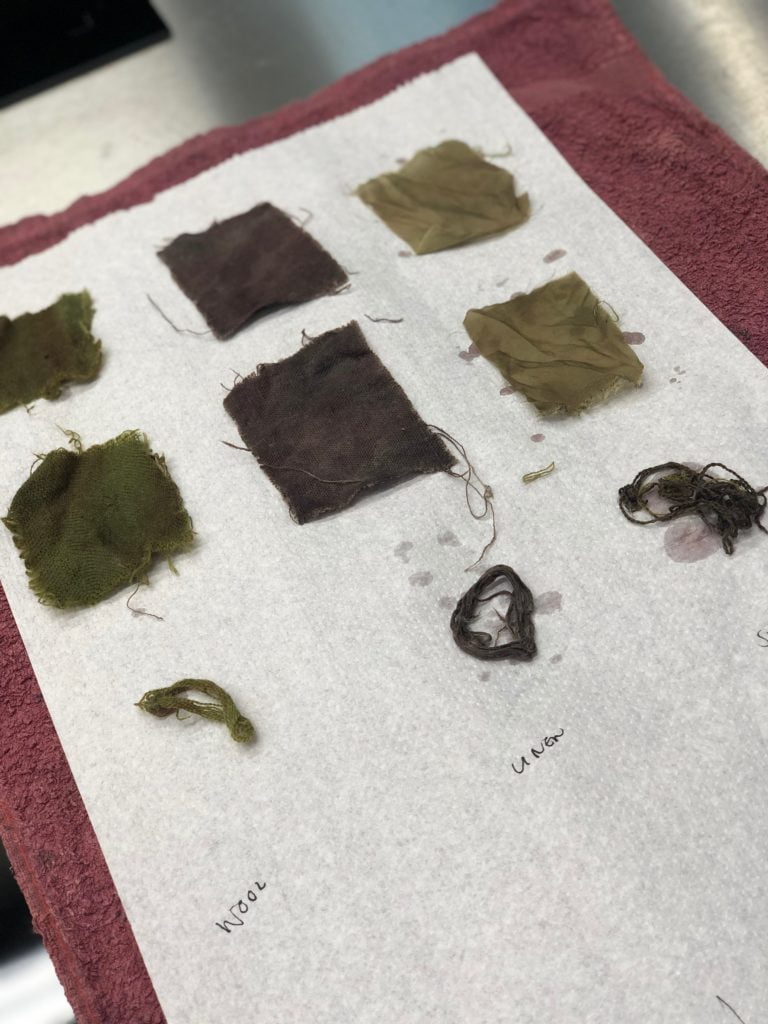 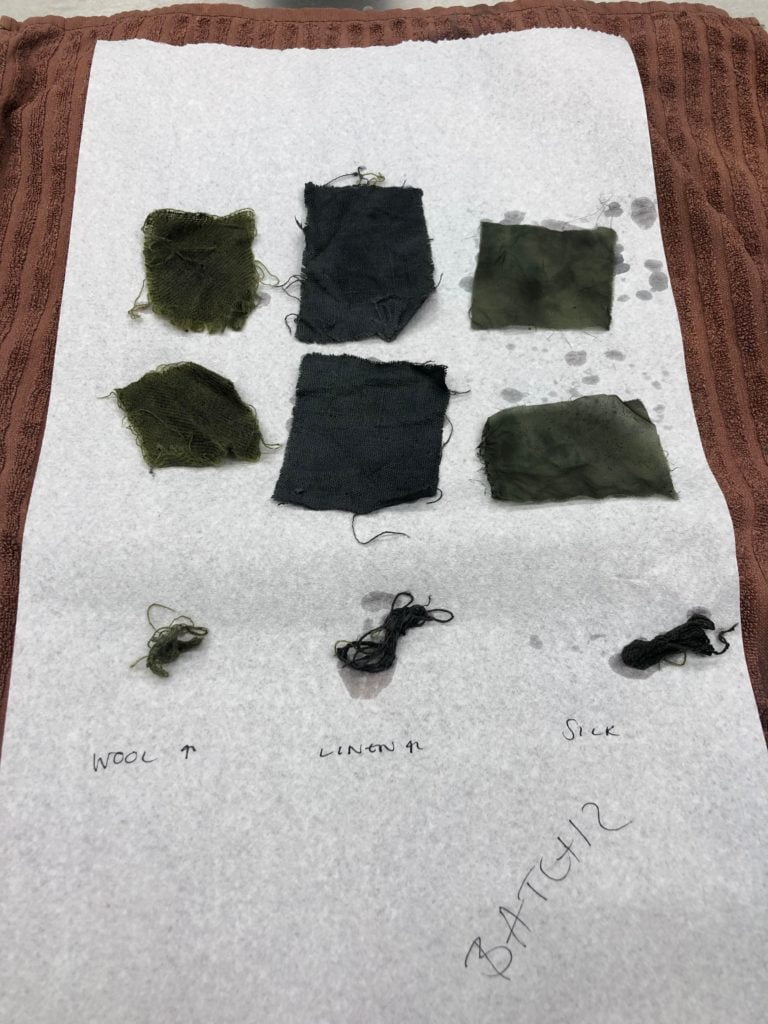 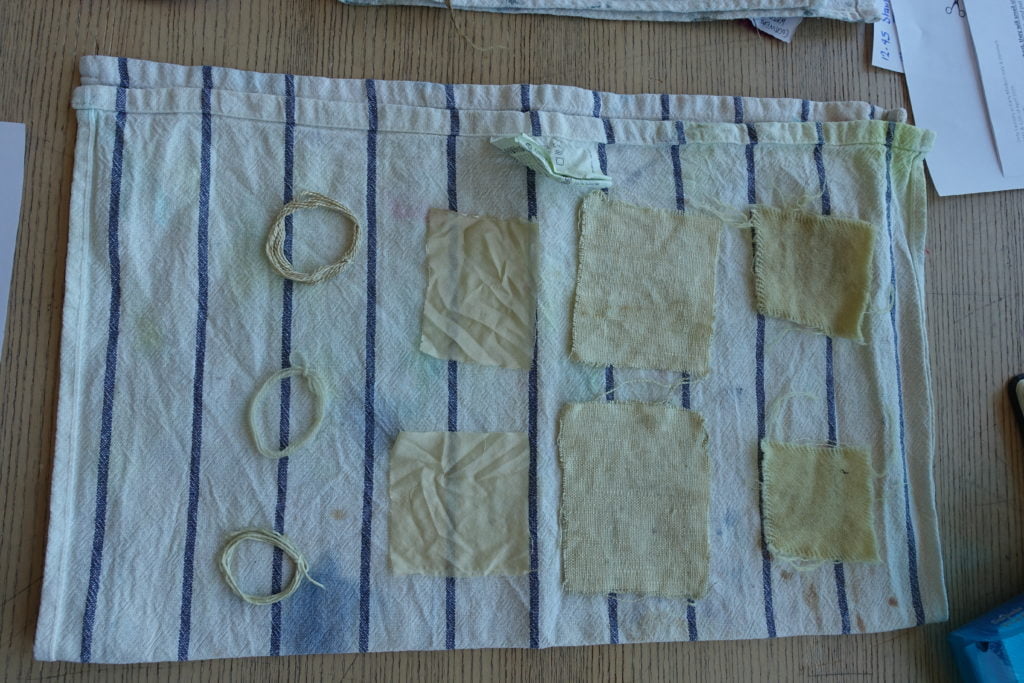 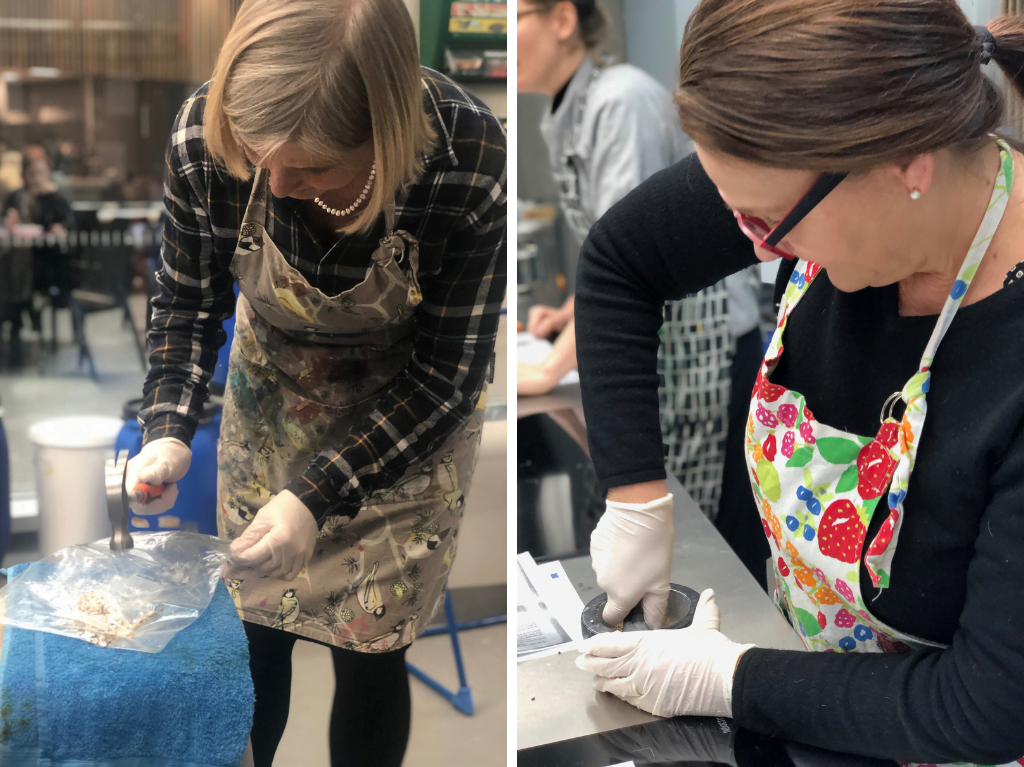 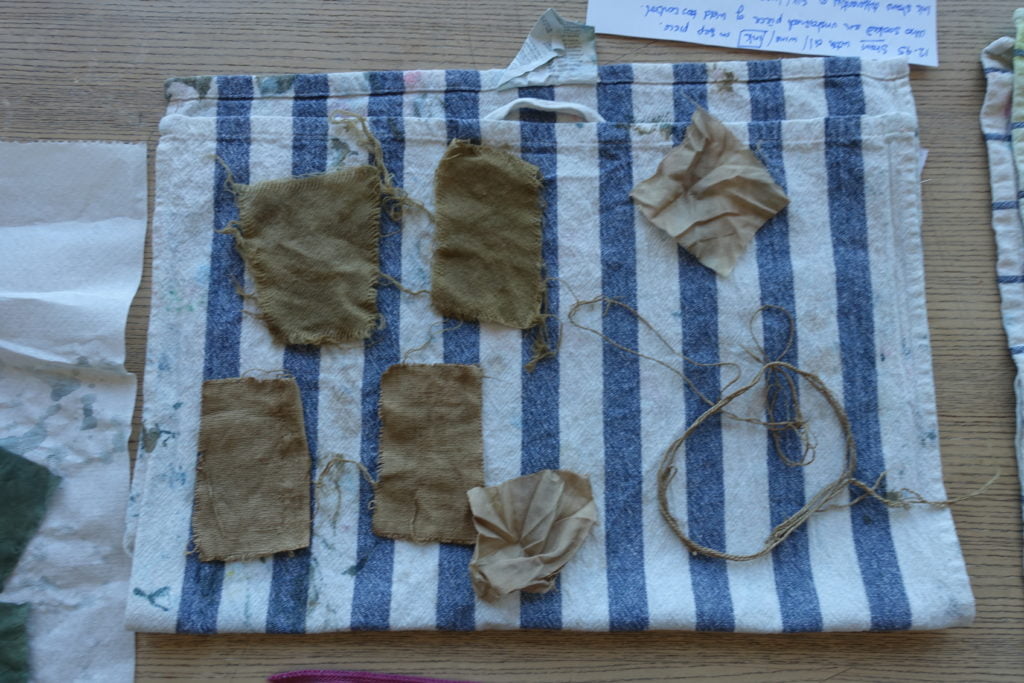 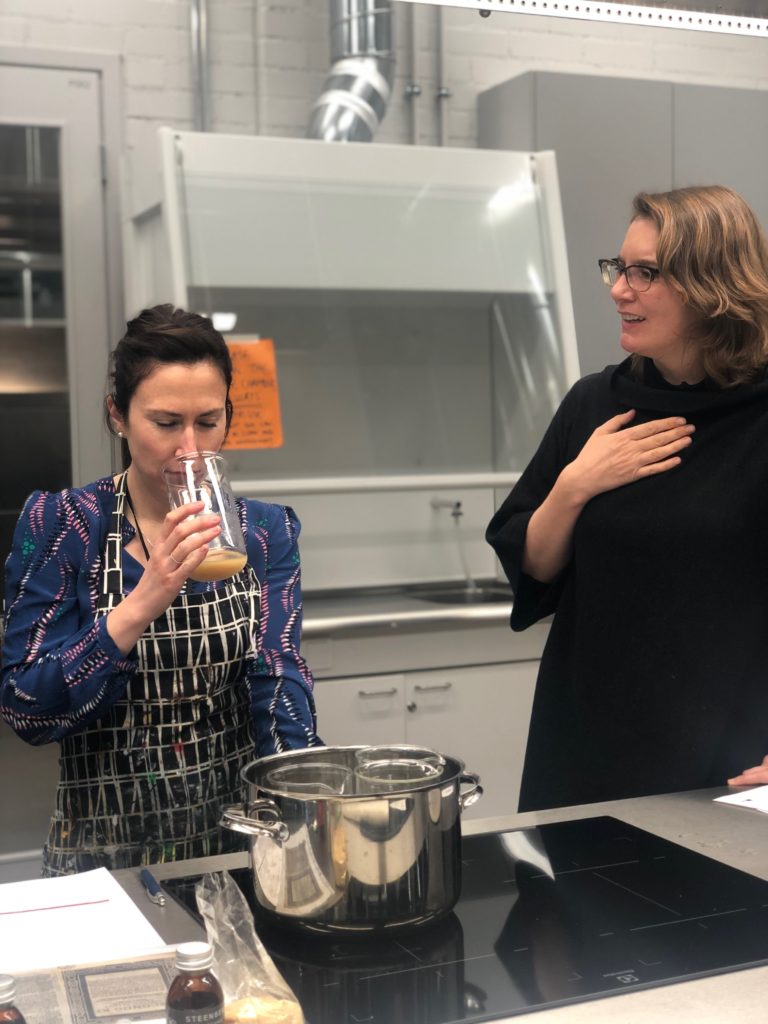 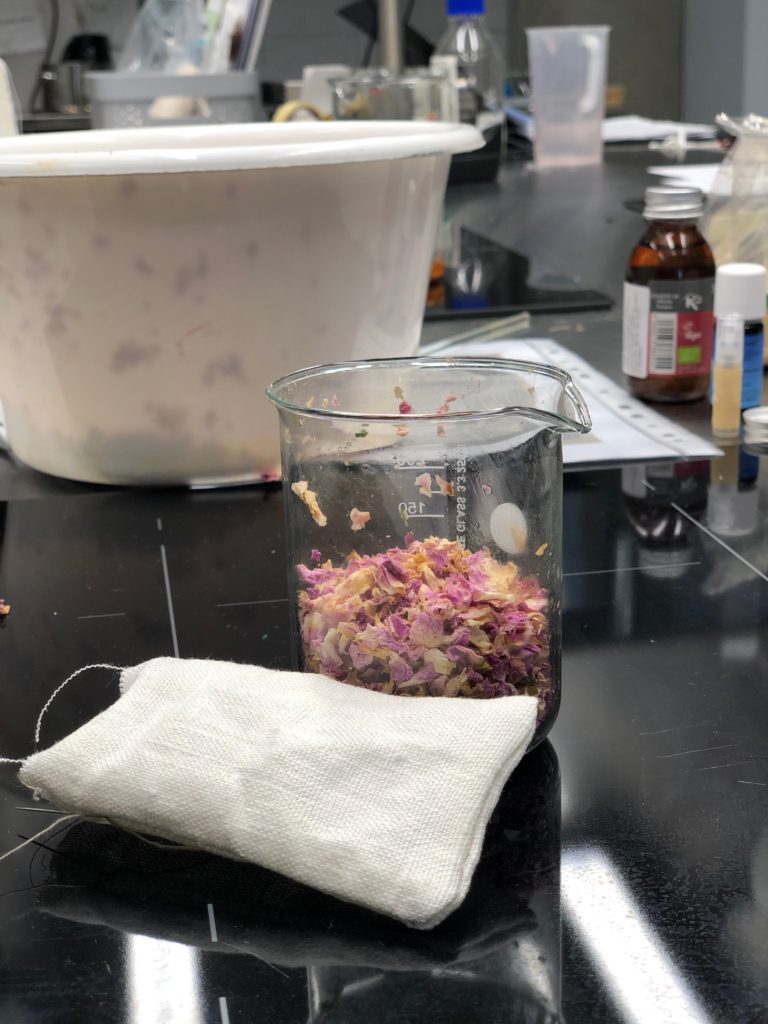